The airwaves and papers have been full of talk about budget 2022 but what will it really mean for your pocket? Reading Time: 3 minutes.

Most likely not a whole lot is the consensus view from two Budget Briefings I attended this morning (whilst also folding laundry so it wasn’t a total waste of time 😉).

The most commonly used adjective was “prudent”. The additional tax take seems to have been used to give everyone a little more in their pockets but not a lot.

The two main positives I took from the briefings are the benign macro position and the targeting of tax and other benefits towards lower income earners. 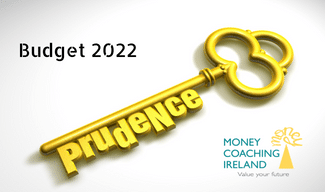 In relation to the macro position, the robustness of the tax take is noteworthy coming in at an estimated €66.1bn for 2021 and expected to increase to €70 bn in 2022 as highlighted by Oliver Mangan, Chief Economist at AIB.

When you compare that to €59.3bn in 2019, it really has been a “Nike Swoosh” economic rebound from the pandemic as described by Andrew Webb Chief Economist at Grant Thornton.

The better than expected tax-take has allowed the government to marginally increase core (non-covid) spending (+5.5%) and only borrow for capital expenditure, which is acceptable particularly at very low interest rates and in a growing economy.

The budget deficit is forecast at €8.25bn in 2022 estimated to fall to €1bn in 2023 with a large current surplus of €10bn. This bodes well for us and for future generations who won’t be saddled with huge debt that was used to fund day-to-day government spending. 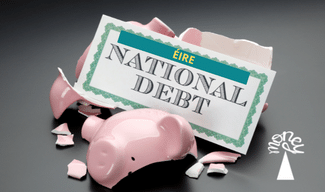 Examples provided by Patrick Fannon, Tax Director at RBK give an indication of how earners net pay may benefit over the year

Other measures targeted at lower income earners include an increase in the minimum wage and an increase in the ceiling of the second USC rate band. There are other supports that will help too such as enhancements to social welfare payments, the national childcare scheme and carers allowance.

Working from home measures were enhanced slightly. The main change being that 30% of light and heat (increased from 10%) as well as broadband vouched expenses can be claimed.

As Jim Kelly, Income Tax expert with Grant Thornton pointed out, for most people this will still not amount to a lot and compares far less favourably to an employer paying the allowed €3.20 per day (indicative comparison €220 V’s €700 annually).

How much e-working tax relief you get depends on how many days you work from home and whether you are paying the standard or marginal rate of income tax. Some would say, it is not worth the hassle of applying for it.

I would say that while it is certainly not worth getting excited about, it is good practice to claim all available reliefs and the admin will certainly be worth it for anyone spending a high proportion of their time working from home.

Those losing out include smokers and drivers of petrol and diesel cars.

If the additional €200 imposed by the government on anyone smoking 20 per day is enough to encourage you to kick the habit then it is to be welcomed primarily for the resultant health benefits with the added €5,500 in your pocket annually a secondary financial boost!

For drivers, if buying an electric car was not already in your financial plan then the increased carbon tax imposed on fuel is an insufficient reason on its own to rush out and do so now. The additional cost for people driving 30,000 km per year is estimated at just €60 as set out by Conor Pope in yesterday’s Irish Times article. 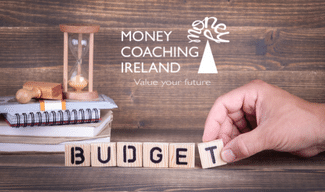 In summary, most people will get a little not a lot and it will certainly not make a material difference to your living standards.

In saying that, other than smokers, particularly those driving long distances in petrol or diesel cars, we are all marginally better off today as a result of yesterday’s budget with the public finances on a solid footing.

When we think back to the dark days of 2008 and 2009 when Brian Lenihan saw one third of the tax base eroded and the subsequent introduction of the universal social charge in the 2011 budget, we can all breathe a collective sigh of relief at the ‘Nike swoosh' shaped recovery from the pandemic.

So, for now I’m happy to raise a glass (half-full) to prudence and getting some laundry done!

The material contained in these blog posts is intended for educational and entertainment purposes only. No responsibility is taken by Money Coaching Ireland for actions taken or not taken by individuals as a result of reading/watching/listening to these posts. Money Coaching Ireland recommends that individuals seek professional advice prior to making any significant financial decisions.

We would love to keep in touch by sending quarterly newsletters, monthly money tips and occasional updates about promotions and events we may be running. We will never sell or lease your details and you may unsubscribe at any time. You can find out about how we store and protect your information in our Privacy Policy.

By signing-up to receive updates you agree with the storage and handling of your data by Money Coaching Ireland and its trusted service providers. Read our Privacy Policy.